Sean Fleming, T.D. Speaks On the Financial Side of Sustainability

Chair of the IPBN Board, Aoife Healey moderated the afternoon session of the IPBN Sustainability Conference under the theme of financial services. H.E. Ralph Victory, the Irish Ambassador to Portugal welcomed all attendees with tri-lingual glad tidings of St. Patrick’s Day and introduced Sean Fleming, T.D., Ireland’s Minister of State for Financial Services, Credit Unions, and Insurance.

The Minister began by praising Portugal as one of his favorite places to visit, soon followed by his summary of his work history, chair positions, and financial background. His current responsibilities focus on international financial services, primarily in relation to credit unions and insurance. Additionally, he fills in domestically. 50K people in Ireland have been resilient working remotely. Working from home in a number of financial services means working in your home country…and that has been an issue because it can have implications of your residence for tax purposes…so there’s an additional twist…that we are cautious of.”

High taxes have helped the government weather the storm through COVID, and he hails technology as changing the face favorable from traditional banking and finance. Insurance has also been a big issue over the past year in its cost, and all but one insurance company in Ireland has holdings by foreign entities. “They aren’t domestic controlled countries so they keep a watchful eye over the costs of claims. We’ve been told the claims are out of sync with the rest of Europe.” Reductions in payments will go into effect in the coming weeks, which the minister says will help the Irish citizens significantly. “My overriding position is that I want to get value for money for the Irish people…and have a stable insurance market,” said Fleming.

Many need pension funds that will continue to pay out reasonably for the long haul. Social and Environmental considerations are being looked at by major companies to glean financially sustainable products. Reducing CO2 emissions requires major investments, funds, and we want to encourage more people to invest more in that area…and social considerations to be taken into account…that a fund is invested in a socially responsible manner…and there is proper governance in place. The EU is looking at that closely with every investment that they take from now on.”

Ireland has made a national commitment to reduce CO2 emissions by 7% per annum, and 50% over a decade. Much of the funding will have to come from the private sector as well.

On the subject of Brexit, the minister is a "practical realist." He believes the problems caused by Brexit weren’t as bad as some people expected because it was seen as what would be the biggest single issue affecting the Irish economy. The Minister said, “The plus side is that a lot of Irish businesses started to get ready, so we were much more Brexit-ready because we felt we were going to be the most impacted. Notwithstanding, there were difficulties of course, and the COVID ended up being a bigger difficulty than expected…We’ve managed the Brexit fairly well, 80% of it were well planned, and the difficulties that arose was because Britain wasn’t as prepared as we were on issues like customs…and the volume of trade.”

Another upside of Brexit, according to Fleming, is that “We are now the only English-speaking country in the EU, which is a good thing for direct investment. We also use the common law system, so there are a large number of countries in the world than our legal system than maybe the French or the Germans…We will miss having the UK in there as well, as they did a lot of the heavy lifting…but I think when we look back on this year down the road we will be talking about COVID and not Brexit.”

According to Fleming, indigenous Irish companies in innovation and R&D have exact dates and targets for the Green New Deal, but these investments will most likely be made until after COVID. The Irish Stock Exchange has a close relationship with that of the UK, and the settlement and payment arrangements and transactions are being settled in London. After a short period, it will be moved to Belgium, but that’s an example where Brexit has occurred where case by case arrangements have been put in place. “I wear a very optimistic hat,” the Minister said, in relation to Ireland being ahead of the curve to attain the sustainability goals set forth in the EU Green New Deal in 2030 and further on to 2050.

In relation to climate change’s effect on Europe, the Minister likened the managing of insurance costs in the face of galloping climate change to Ireland’s insurance for flooding instead of giving a positive answer as to whether there was any concerted approach to managing these costs. The minister gave the example of fluvial flooding and flooding from the sea, as that sort of catastrophic occurrence “won’t be solved in a generation…Some of those properties no matter what we do are going to experience flooding intermittently in the future…In relation to the flooding issue, we can only make sure there are no new developments [in those areas]…because it’s only going to get worse [before it gets better]. No amount of short-term planning will change that, full stop. That’s why I say it is a generational issue.”

Fleming fielded further questions about the insurance agencies’ effect on small businesses, data protection measures, the recent closures of 80 of the Bank of Ireland’s branches, some tax strategies that could help further the green agenda, regulation strategies in place, and the measures that could be introduced to combat insurance fraud in the financial services sector and how that relates to FinTech. An interesting point the minister made on the last issue was, “We do need new financial products. Technology whether we like it or not is part of the future. The one point we have to consider is…digital poverty. My biggest worry about technology is those who are going to be excluded…The central bank will have to police the technology that we’ve just been talking about.” 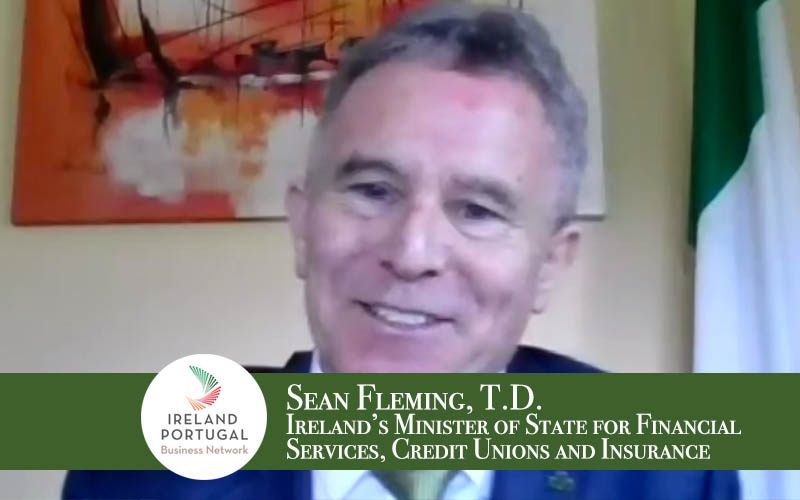 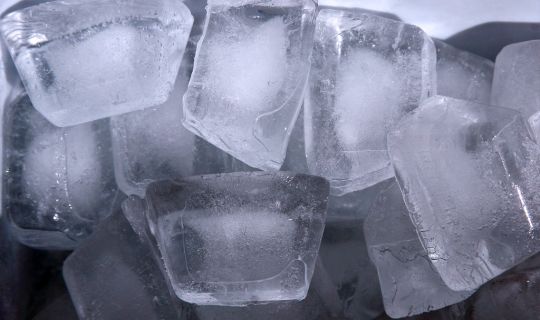 "You can do more from a climate protection perspective and have more of these economic benefits at the same time," says Wynn

The Ireland Portugal Business Network (IPBN) is proud to partner with NHR Compassion Portugal, an initiative and charity focused on responding to the COVID-19 crisis and specifically assisting those in most need of help during the crisis. 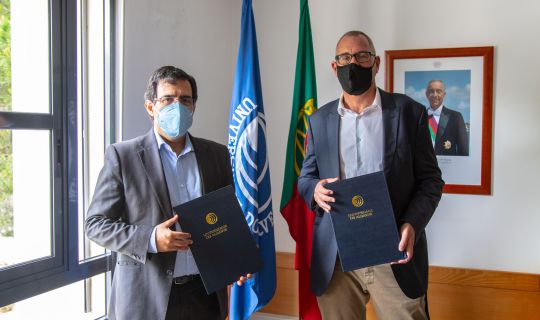 In our objective to consolidate existing relationships with third-level educational institutions, the IPBN is proud to announce the official signing of a protocol with the University of Algarve in Faro (UAlg). The purpose of this protocol is to promote initiatives that deepen cooperation in areas 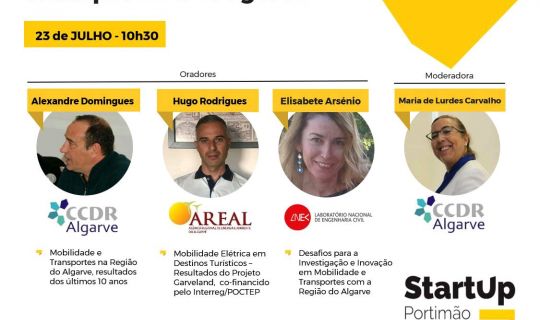 MOBILITY AND TRANSPORT IN THE ALGARVE

Webinar organised by Start Up Portimão in partnership with the Algarve's CCDR (Committee on Coordination and Regional Development).