Economic recovery is a great opportunity for the sustainability asset class

IPBN member Michael Naylor, originally from South Yorkshire, has ties to Ireland through his wife and later, his investment portfolio. His investments in private equity funds go against the traditional roles in the coal board where most of the youth of his region would take up work. He grew up with tremendous levels of pollution and with open cask coal mining, wondering when it would run out. His early years had a profound effect on him as the limitations of resources were on the forefront of his mind.

Aoife Healey, Chair of the IPBN Board, led Naylor in the discussion of investment in green initiatives, beginning with Naylor’s background. According to him, in the late 1990s, he moved to Texas and worked with an independent private power company that was predominantly gas and power with one coal plant under its umbrella. Regulation had made the business’ growth a rapid one and Naylor became involved in independent private power assets.

As a climate activist, Naylor had always been pushing his partner William to invest in renewables, which ended up finally happening, marking Naylor’s first investment in the area. “It was the very early days and there were few entrepreneurs who saw the possibility…William and I developed one of the largest solar panel plants…in Nevada…while at the same time there were a few other entrepreneurs out there expanding into wind turbines…In 2000, solar was very expensive but we had a view that the cost would be brought down considerably by the Chinese…and we were right about that. It was a very good investment for us. Today, there are still tough businesses to decarbonize…that would include textiles, the aviation sector, and industries like cement.”

Naylor and his partner were able to develop 330 megawatts in Nevada through solar energy for a billion-dollar exit down the road. He decided, in his words, that he “wanted to be all in…entirely focused on the sustainable asset class…With the exception of one over 20 years, I’ve been honest to that commitment.” In terms of social impact, Naylor explained that it is targeted at an underserved community, so in his family office, that has been more about philanthropy than impact investing.

Naylor spoke about two investments that didn’t pan out well, one of which was when he decided to try to harness wave energy after having been inspired by the waves at Guincho Beach in Cascais. Naylor quickly found out that “the problem with wave power is that it is an expensive power option…so you can’t scale it as you need to. Wind and solar don’t need any subsidy at all, so our investment in wave became a little niche play…it wasn’t a disaster but it didn’t produce results.” Another tough lesson learned was due to the way American venture capitalists work versus how a family office works. The investment was pulled all too quickly from a company that Naylor remembers, had to be sold cheaply as a result of the pull of financing, and has now become a hugely successful company under Bloomberg.

“People are looking for places to put their money. All the liquidity has freed up, and COVID has increased liquidity, putting money into the market, driving increased retail demand, and there is a strong sense of FOMO. They’ve seen what Elon Musk has done with Tesla…and they feel that they’ve missed out…Now people want to participate in innovation and growth. SPAC, for example, has created enormous liquidity in the private market.”

A SPAC is, according to Naylor, is a special purpose acquisition company, in other words, “a good old fashioned cash shell, or in America, a blank check company…they’ve always been seen as subprime…Old fashioned IPOs did it the proper way…One of the founders of Uber saw the opportunity in it…he saw that there are far less listed companies in the US than they were years ago.” In 1996, Naylor made his first investment in the NYSE. At that time there were 7,200 listed companies to choose from. Now, many of them have been de-listed or have been bought up predominantly by private equity as there are just under 3,500.

What happened is that entrepreneurs began to realize that, as Naylor put it, “People don’t want established players, They want innovation. They want growth,” which is when the SPAC came into play as a way of raising money to find the privately held innovative companies, merge with them, and then through that process, list them on the stock exchanges in New York. That’s essentially what a SPAC does.”

Through being approached to enter a SPAC through his battery swap model tuk tuk company in India, Naylor said he has learned enough about SPACs to launch his own, around the theme of energy, which he will be looking to put it on the market by early May. When asked how that process went for him, Naylor explained that to launch a SPAC you have to put up 10 million dollars and it has to have a transaction before 24 months are up, otherwise it is out. “For the hedge funds, this was very interesting because they could put money into a SPAC and they won’t lose their capital. The retail investor can participate once it has been listed. You’re either a promoter…with real money at risk, or you’re an investor in the IPO, and those tickets tend to be quite large. You can’t buy $100,000 of a SPAC IPO, it’s a much more significant commitment of capital….and then, once you merge and list, it’s open to the retail market.”

In 2010, Naylor and William had the opportunity to invest in Tesla pre-IPO, identified as an investment platform committed to the sustainability investing space. At the time, it looked very expensive. “How wrong we were…the mistake I made [is] that you have to back the entrepreneur…at the helm of that business…you invest in Elon Musk…goodness knows what Elon will do next, he’s a force of nature…a true innovator.”

Naylor responded to questions about selecting entrepreneurs in whom to invest, investment trajectories, fundraising strategies at the seed stage, and how urgently the need for decarbonization is in investing.

To the last point, Naylor stresses that “Everybody should build the sustainable asset class into their portfolio somehow. We are running out of time. Economic recovery is a great opportunity for this asset class. Now the solution is pushing the policy.” 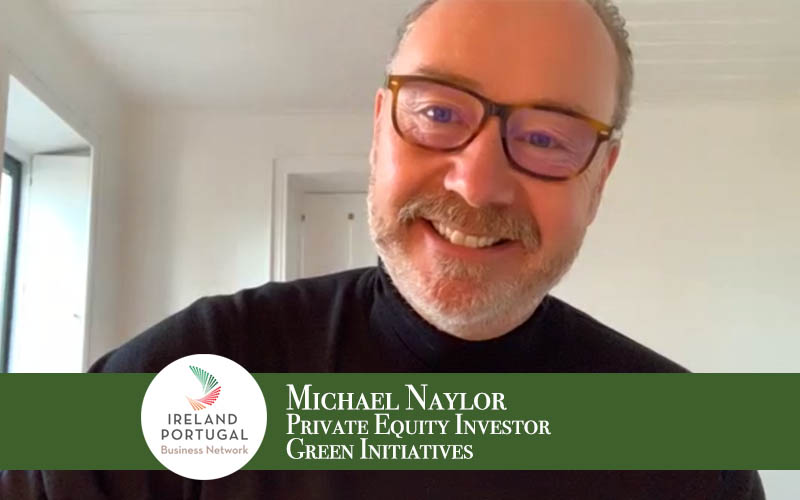