Takeaways from the Conference

In his opening speech at the IPBN Tourism Conference on September 29 at Universidade Europeia, the Ambassador of Ireland in Portugal, Ralph Victory said "After 2019 recorded its best year ever in terms of tourism, with more than 11 million international visitors, Ireland is working on a new National Tourism Policy to ensure that sustainability is at the heart of the recovery sector."

In light of The Sustainable Tourism Working Group's recently published series of actions to develop sustainable tourism practices that can “be implemented immediately” even before the approval of Ireland's new general tourism policy, the Ambassador told attendees that the pandemic was an “opportunity to rethink and re-evaluate Ireland's tourism offer and begin to address the sustainable development of tourism in a more significant way during the recovery and reconstruction phase that followed this crisis...It became clear that the traditional model of tourism was changing and a new national policy was needed, in line with the United Nations Agenda for Sustainable Development and also to reflect the commitments contained in the Government of Ireland's 2020 Program. Ralph Victory went on to say that these actions “represent Ireland's first steps in this area. We realize that we will need to do more.

While Ireland's new National Tourism Policy will set the path to ensure that sustainability is at the heart of the sector's recovery, the policy is open to the support of a capital investment program. According to an article in TNews, "In 2022, the Irish Government allocated a further €67.6 million to tourism funds, which meant an increase of 31% compared to 2019." To this end, the Irish Ambassador to Portugal stated, “This increase in funding is helping vulnerable tourism businesses to survive until international tourism recovers and also to support the expansion of Tourism Marketing activity...As announced last week in Ireland’s 2023 State Budget, a further €15 million has also been secured for the marketing abroad of Ireland as the main holiday destination and another €15 million funding amount for measures to support domestic tourism.”

In another recent interview with TNews, the Irish ambassador in Portugal noted the potential for learning between Portugal and Ireland, which is a way of benefiting “mutually, specifically in the area of ​​sustainable tourism."It's no surprise that Portugal can learn from Ireland in that the country hosts 11 million international visitors, which generated revenue of over €5.9 billion, 100,000 of which came from Portugal.

Turismo de Portugal President Luís Araújo followed the Ambassador's presentation with his own, opening with several figures to set the tone: "Despite representing only 3% of tourism revenues in Portugal, Ireland is one of the fastest-growing tourist markets in our country this year, compared to 2019...Tourism in Portugal is back in 2022!...From January to July, we are 5% above overnight stays, compared to the same period in 2019. The good news is that when we talk about revenues, we are 12% above 2019 (10.8 billion euros). This is an incredible result, because we only expected these numbers next year. It has a lot to do with connectivity, we worked on recovering many of the connections and operations that we had,” he said.

TNews reported that, according to Luís Araújo, one of the most important factors for “this rapid recovery” was the “recognition of the Portugal brand internationally”, giving the example of the UK market. “Why is Portugal so valued by the British? Because it is considered a trendy destination, along with other attributes: it is traditional, friendly, fun, authentic, original, charming, sociable”, said the official, citing a study on the perception of the Portugal brand carried out in 2019.

Luís Araújo also cited the main goal of Tourism in Portugal: to reach 27 billion euros in revenue in 2027. He said, “Right now, we are above forecasts, this year we are going to hit a record revenue. Even the Bank of Portugal predicts better results than those we expect in 2027. To achieve the goal of Portugal being perceived as a sustainable destination, Luís remembered the 2021 launch of the “Reactivate Tourism | Construir o Futuro” Plan that came with an endowment of 6 billion euros until 2027, focused on four pillars: gaining trust, generating business, building a better future, supporting companies.

Only one-third of these funds are active in the field at present. He explained, "It's not just about using sustainability as a marketing campaign and saying we're sustainable, it's about changing the entire value chain, from supply to demand. Yes, we want to attract tourists who are concerned with sustainability, but we are also very concerned about transforming our offer in a sustainable way." 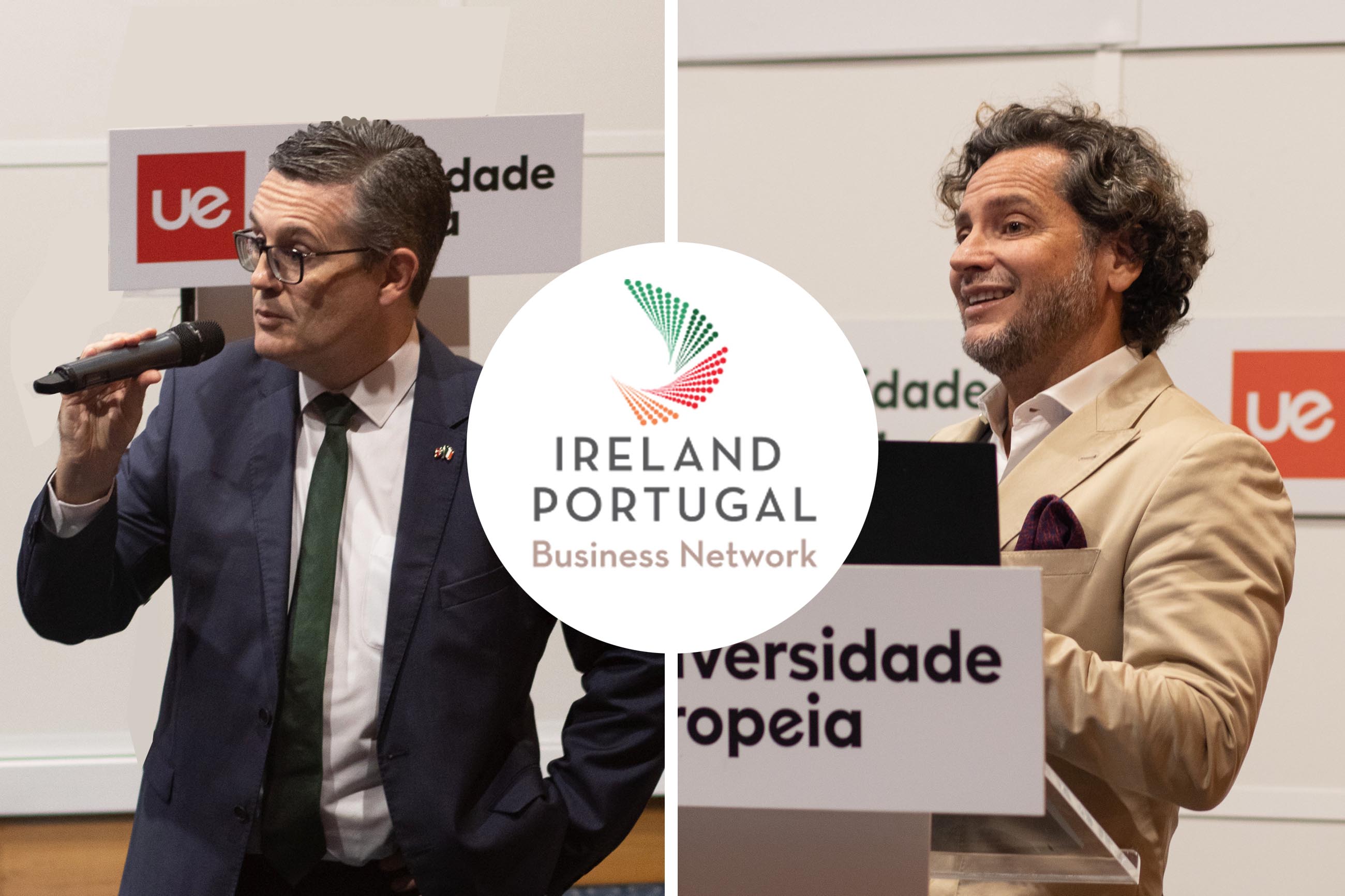 Next Article: Agri Business Conference: About Panel One 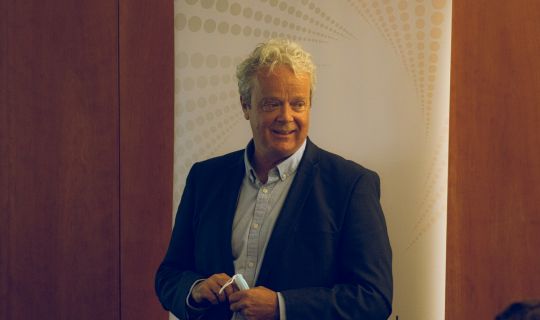 The third-annual IPBN Business Success Award for 2021 was given to the IPBN member company TireCheck and was accepted by the company’s CEO Michael O'Dwyer. 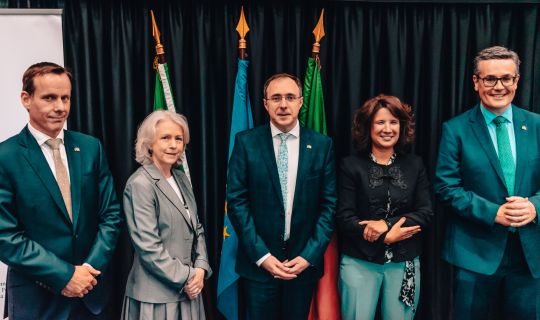 The Embassy of Ireland and the IPBN, in collaboration with Enterprise Ireland, held a fascinating seminar on Ireland-Portugal Economic Relations on Friday, April 29 at the offices of the União de Associações do Comércio e Serviços in Lisbon. 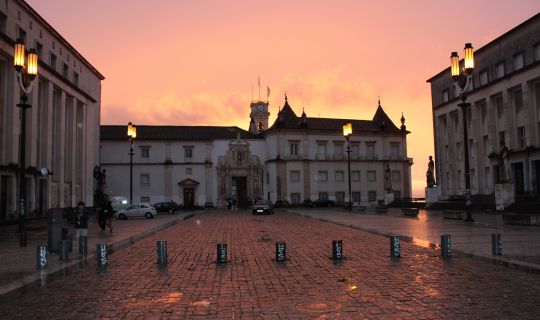 Lisbon, Dublin, and other capital cities are becoming havens for digital nomads and tech talent but the mid-sized cities around them are the sleeping giants in the sector. 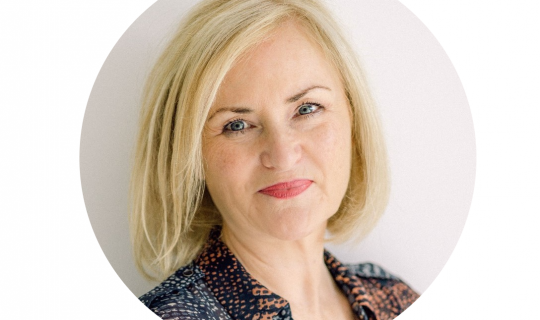