Moderated by Geoffrey Graham, the morning discussion of the IPBN Sustainability Conference went off without a hitch. The Irish Ambassador to Portugal, H.E. Ralph Victory began the conversation by extending St. Patrick’s day tidings in Irish, Portuguese, and English and followed up by introducing Barry Andrews, MEP and full member of the EU Parliament International Trade Committee to the floor.

As an idealistic school teacher in his 20s, Andrews was in Greenpeace and later became a member if the Irish parliament for 10 years. As CEO of GOAL, Andrews says, “there were a number of crises throughout the world especially in the impact of climate change, the conflict in Syria sparked by the impact of water resources, and the ebola crisis in Sierra Leone which was attributed to a certain extent by the lack of biodiversity…so there was a common thread…with what we called climate refugees.” The MEP noted that that’s when he began to see a huge amount of momentum brought into the sustainability agenda. “For my part, I’m delighted to currently chair the parliamentary for the global goals that have emerged as a working group for the European Parliament.” According to Andrews, “When I ran for election in 2019…people wanted to see a green agenda…and green candidates in Ireland were elected to two constituencies and almost in the third.”

The EU is currently borrowing to fund new programs to help recovery which must be applied to green projects at 37% of the RRF. Andrews said that “Applying the expenditure to the New Green Deal agenda is incredibly exciting.” The EU Investment bank and the EU Central banks are promoting the strategies in the European Commission addressing many problems like carbon leakage, providing tariff preferences for goods that are providing for the environmental agenda, and trying to reach a 55% reduction by 2030 and carbon neutrality by 2050. “Now it’s about implementation and delivery,” Andrews said.

The MEP went on to say that balance is key. A trade policy paper is being prepared by Andrew’s group, and it is looking to a global trading economy while also protecting our values like human rights through “open strategic autonomy.” Openness, sustainability, and assertiveness are the main elements to provide against foreign subsidies, the foreign acquisitions of assets in Europe, technology transfer problems, and more. Andrews said, “It’s important to get that balance right.”

In terms of Ireland and Portugal’s sustainable goals, Andrews cites that the two countries have many commonalities in their approach to certain issues, especially during Brexit. On the sustainability agenda, Portugal is very ambitious as emphasizing the Green Deal as a top priority in the Portuguese Presidency of the EU. Andrews mentioned Ireland’s extremely ambitious new climate bill by saying, “The green party wanted a 7% carbon reduction every year until 2030, so that’s now stitched into Irish law. There will be carbon budgeting and energy contracts being prepared…we will likely incur serious fines for not meeting our carbon budget…I’m happy we have this climate bill as I think it will make a huge difference…and we aren’t just expecting the central government to do all the heavy lifting.” Andrews used the yellow vests in France as an example of how difficult it can be to deliver the change required to attain green goals, but he noted that the more ingrained the theme is in legislation, the easier it will be to achieve them.

Andrews went on to say that post-Brexit, Ireland is a bit isolated from the EU, geographically and otherwise, but he believes there is work that can be done with Portugal on the Maritime Agenda. It has a particular appeal to Ireland, and the minister expects work to be done between the two countries as there is a natural alignment there.

In terms of the COVID-19’s impact on sustainability, Andrews explained that it has been a fascinating (albeit depressing) experiment over the past year as the desired level of reduction in emissions can be compared to the current reduction brought on by the pandemic by the lack of daily and holiday travel, for starters. He cited the recent aerial views over China as an example of the positive effect of the pandemic on the planet. As for the vaccine, Andrews noted that the EU has stepped up with financial contributions to the global vaccine agreement. “It will take until late 2023 and possibly into 2024,” Andrews said. “Variants will emerge as long as this goes on. None of us are safe until all of us are safe…The Portuguese has promised 5% of their vaccines to Portuguese-speaking developing countries, which is a great example of good leadership.”

Andrews has taken on the task of developing sustainable corporate governance strategies, which he says are important moving forward as businesses will have to report against the sustainable targets. “It’s not just about economic impact, but social impact as well…so it will be a game-changer,” Andrews says.

Andrews fielded questions about carbon emissions strategies to hit the 2030 target set forth by the EU Council, the likelihood of a silicon valley in Europe driving sustainable goals through technological innovation, and whether he believes that the EU’s Plan for Resilience and Recovery voted last year would be a good opportunity to push the sustainability development and agenda in Europe. The MEP also gave insights into the challenges of implementation of the sustainable goals of the Portuguese Presidency of the EU Council. 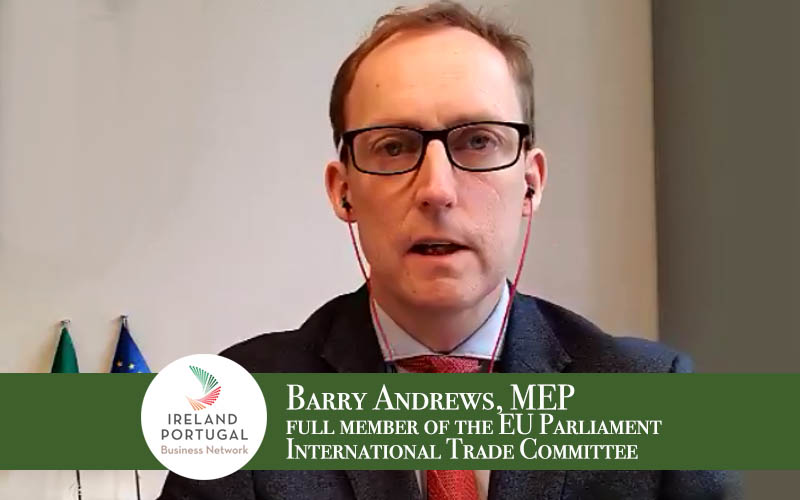 Next Article: Sarah Miller Shares Some Food For Thought on the Circular Economy 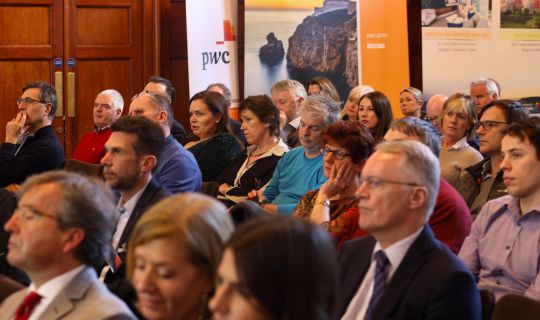 We held our first conference in Dublin on February 4th at the Clayton Ballsbridge Hotel with a fantastic audience of over 200 delegates. Thank you again to all our guests speakers and sponsors. 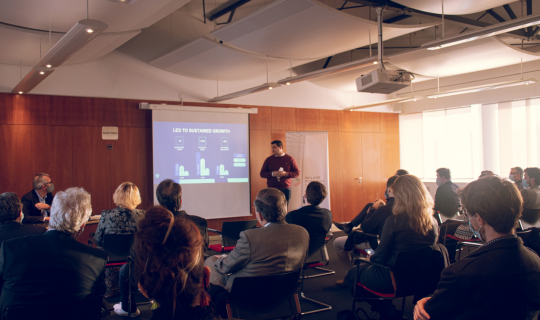 At the IPBN AGM on April 23 2020, Aoife Healy was re-elected Chair of the Board and Pedro Barata, Business Development Director at AGREEN, IPBN Executive Partner, was elected as a new Director to the Board.