The Main Takeaways on the Blue Future

As Ireland and Portugal have obvious synergies when it comes to their historical relationships with the oceans and seas, The Ireland Portugal Business Network (IPBN) held a Blue Economy Conference on World Maritime Day (Thursday, September 30) at the Portuguese Chamber of Commerce & Industry (CCIP) in Lisbon to blue economy enthusiasts live and on their youtube channel.

In advance of the recent ministerial meeting in Cascais and next year’s UN Oceans Conference in Portugal, the Minister for Housing, Local Government, and Heritage, Mr. Darragh O’Brien T.D welcomed attendees with a video message that highlighted Ireland’s cross-government approach to developing the country’s first marine spatial plan, from aquaculture to fisheries, tourism, and more with stress on supporting the working international relationships. With the help of Portugal, O’Brien noted that Ireland has the potential to harness offshore wind potential and protect the marine environment throughout the next decade and beyond to not only reduce carbon emissions but also to increase employment opportunities within the blue economy in both countries.

The Irish Ambassador to Portugal, H.E. Ralph Victory addressed conference attendees both in person and over live-stream, noting that, “If the global blue economy were compared to a national economy, it would be the seventh-largest in the world, and the ocean as an economic entity would be a member of the G7.” He went on to say that, “The UN sustainable development goals acknowledge that without healthy oceans, life on this planet is at risk.” The minister outlined that Ireland is playing their part on ocean issues by joining the World Bank’s pro-blue trust fund, the fisheries transparency initiative and the Asian developing bank trust fund in support of healthy oceans, and African and Pacific small island developing states respectfully.

Cláudia Coelho represented Knowledge Partner to the IPBN, PWC Portugal with initial comments, bringing to light the firm’s 10-year studies over the blue economy area as an area of untapped potential. According to Coelho, as part of the Portuguese Recovery and Resilience Plan (PRR), there is €252 million that Portugal will invest in the blue economy while the European Investment Fund (EIF) will increase their investments in the sector with a New BlueInvest Fund and others in excess of €345 million. Coelho further explained that 33 banks with more than $13 billion in assets have also signed the UN Collective Commitment to Climate Action, committing to align their portfolios to reflect and finance the low-carbon and climate-resilient economy.

The first of the three panel discussions began with Atlantic smart ports, moderated by Raquel Abecasis, Executive Director of Invest Lisboa, with CEO of Beta-i, Pedro Rocha Vieira, and Secretary-General of Fórum Oceano, Ruben Eiras. The panel covered the Atlantic Action Plan 2.0, Atlantic Strategy Committee, and how they relate to ports as smart hubs. Eiras explained that small and medium-sized ports can not compete with larger ports, but they can diversify their revenue mix by turning themselves to attract startups and other companies to bring an innovation dynamic and ecosystem that can work toward the greening of the ports. To this end, ASPBAN (The Atlantic Smart Ports Blue Acceleration Network) brings new opportunities for the ports to strategically position themselves. The vision of ASPBAN was to create a network of key players like Beta-i, investors, and the Blue Ocean Council among others, to leverage the ports, clustering small and medium-sized ports into areas of specialization to identify common challenges and overcome them as one.

Pedro Rocha Vieira noted that Beta-i’s Blue Tech accelerator initiative has connected ports and maritime transportation companies with startups in the field, and reminded attendees that the ASPBAN accelerator’s open call for 2021 applications is still open, set to close off its first round on October 14. Both Eiras and Vieira hope that the 2022 Ocean Conference in Lisbon will be the arena in which the EU can build a path toward a blue economy investment fund. Vieiras said, “To observe, organize, and influence that these common challenges start to emerge is very important because, until that, you cannot create synergies or collaborate in an effective way. A lot of things are starting to emerge and to make sense…ASPBAN is a very short-term, ambitious two-year program…but one of the expectations is that being fast can…inspire new policy and programs that can explore [new] directions.”

Next, Aoife Healy, Chair of the IPBN Board spoke to guest speaker Ana Brito e Melo, Senior Advisor and Head of Strategic Studies from WavEC Offshore Renewables, a company that was approached by EDP in 2007 to investigate the potential for offshore wind and to help developers along with projects in offshore energy. Currently, there are organizations, and international initiatives like Ocean Renewable Energy Action Coalition (OREAC), pushing for the development of offshore wind in the world, pushing a target of 1,400 gigawatts by 2050. OREAC has estimated that Portugal’s potential for offshore wind is around 130 gigawatts, going up to 200 km from the coast at depths of about 1,000 meters, and wave energy compliments this potential, according to Brito e Melo. To that end, WavEc provides services to developers in maintenance, logistics, technology and troubleshooting, monitoring, evaluation, and more. Brito e Melo said, “If a developer wants to see what is the viability of his concept in terms of the technology or economics, it starts at this point…we cannot go to the water with a product that is not robust…this is millions you will put in the water, so you want to be sure about the technology.”

The Case Studies panel, moderated by IPBN board member Mario Gago of Pink Room, followed, beginning with a presentation from Samuel Collins, Project Director of the Blue Bio Value Accelerator by the Portugal-based Oceano Azul Foundation. The company works to promote a healthy and productive ocean for the progress of human development with its Blue Bio Value acceleration program that works with startups and existing entrepreneurs in the blue biotech and marine resource arenas. This program has helped scale blue ideas since 2018 to about 15 startups annually, 70% of which have since expanded into the market. “We aim to grow and capacitate and invest in ideas as powerful as the ocean. It’s 70% of our planet, so there’s a lot of potential there."

Next was Jorge Dias, General Manager of Sparos, who spoke on his company’s work in nutrition in aquaculture. Sparos is a science and technology-driven company dedicated to the development and tailoring of the aquaculture market, bridging the gap between industry and academia. Sparos's pilot-scale facility manufactures aquafeeds and focuses on industrial research and development, nutrition trials with fish and shrimp, experimental aquafeeds, and the manufacturing of the Sparos hatchery feeds and biomedicine products. Dias said, “For us, scientific knowledge is a key point for us to grow…so we are all deeply involved in all that relates to the European aquaculture platform…and several industrial research programs in academia.”

Concluding the case studies was a video presentation by Charlotte O’Kelly, the Managing Director of TechWorks Marine, a marine data company based in Ireland. Since its foundation in 2005, TechWorks has created monitoring systems, data buoy networks, launched satellites, built water treatment facilities and mini-buoys, and more. O’Kelly told attendees, “We provide a fully integrated end-to-end data service. From the design, development, and deployment of integrated data platforms, based on our core TechWorks Marine black box technology…for real-time transmission of high-quality marine data.” This data is intended for use by ports and harbors, and offshore wind, wave, and tidal site developers, according to O'Kelly.

To conclude the conference, Raquel Abecasis gave a short closing statement, introducing Invest Lisboa and its partnership with AICEP and giving us insights as to what is to come from their end. Abecasis said, “It’s an important moment that we are living now. We are finally facing a new era, post-covid, and I think environment and sustainability are the keywords for the future…the blue economy will be a more important reality for the future. We at Invest Lisboa believe this will be a good bet for us in the future- the blue economy will be an important sector that we will grow in the future…the priorities for investment in the EU are on ESG projects…and from our point of view, Portugal and Lisbon, in particular, has a unique condition to play a major role in this new generation of investments. Our geographic location, resources, and exclusive economic zone make Portugal six times larger than our neighbor, Spain, and that puts us in a privileged position when we compare ourselves with the rest of Europe.” Her comments serve as an introduction to the United Nations' Conference of the oceans in June 2022 and in March 2022, the Ocean Summit here in Lisbon, noting that we are seen as a key player in the future of the world.

The IPBN would like to thank our knowledge partner PWC, the CCIP for hosting the event, all who attended the conference, and the speakers for the exceptional information they presented. 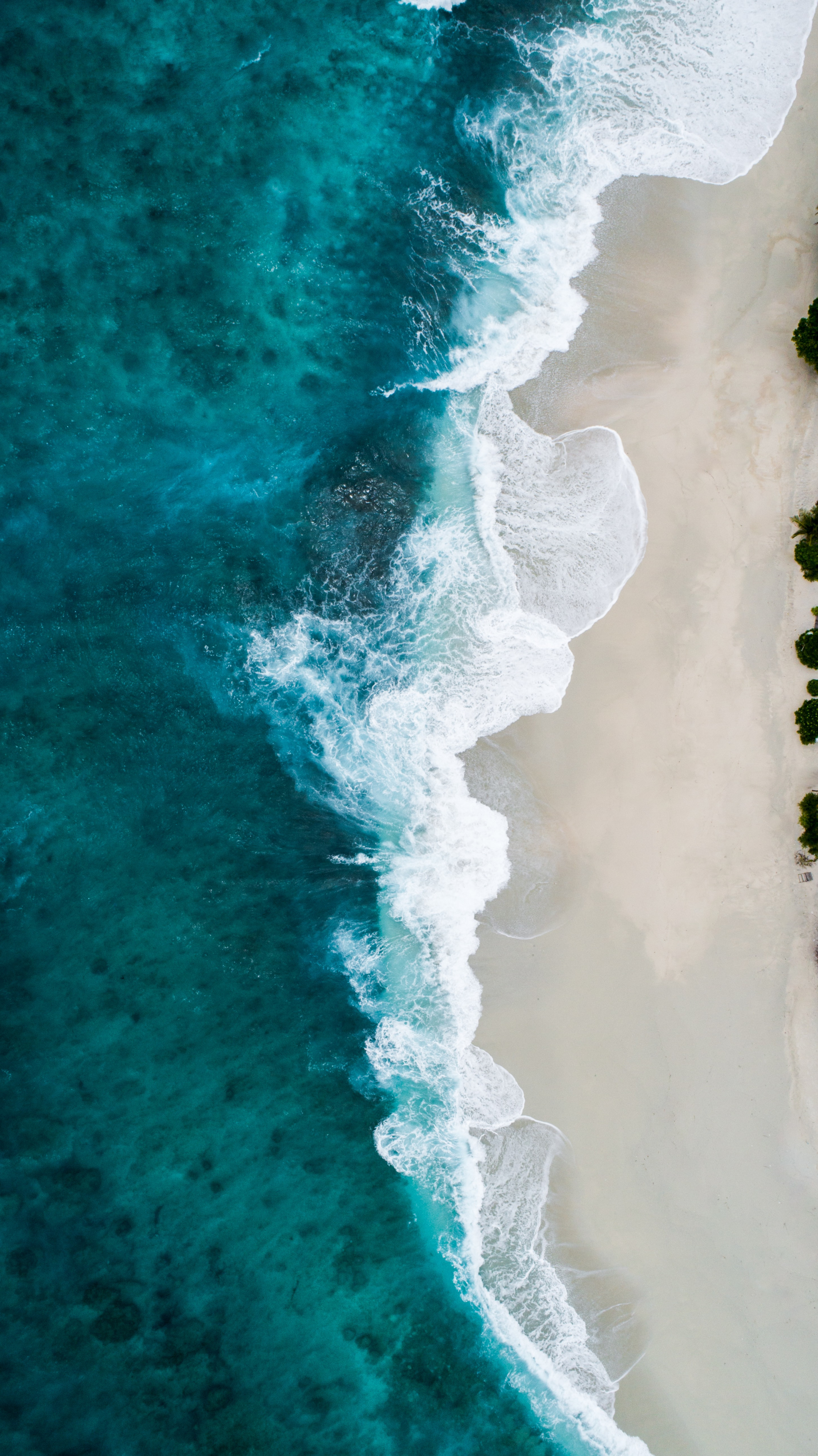