Sarah Miller Shares Some Food For Thought on the Circular Economy

John Duggan, the moderator of the second conversation of the IPBN Sustainability Conference, began Tuesday afternoon’s chat with the CEO of the Rediscovery Centre, Sarah Miller, by describing the Ballymun suburb in the north of Dublin. In the 1960s, it was founded as a state of the art housing project accommodating families in 12 or 13-floor high-rise buildings with modern sanitation, lifts, central heating, and open spaces to relieve over-crowded tenaments in the center of Dublin. It was all very innovative at the time, but as the years passed, it began to deteriorate and became associated with social problems of all types. “They have since been deactivated,” said Duggan, “and new accommodation has been redone.” The lead on its redevelopment was taken by the Rediscovery Centre.

Sarah Miller went on to further describe the work of the Rediscovery Centre. She began by describing the original towers as "being difficult to service while the open spaces lacked in recreational areas...Unemployment raged in the area, as 40% were unemployed with low levels of educational attainment and 70% were reliant on social welfare.” Ultimately the Rediscovery project was aimed at simply trying to improve the lives of the 19,000 people living there when it started in 1998. There was a huge focus on sustainable development, looking at the economic, social, and ecological incentives. Miller said that they built "lots of amenities, sports facilities, beautiful parks, and more creating a beautiful place to live and work in…with beautiful pieces of art and innovative projects in the area.” Miller joined in 2004 as part of the sustainable development project to assist local businesses, support the educational environment, and cultivate a sense of pride through sustainable and environmental ambitions.

Waste management was a problem, as all waste went down a central chute. Miller said, "We looked at composting in central gardens, biodiversity initiatives, transportation and parking, and promoting best practices in general." In order to shine a new more positive light on the area, Miller said, “We were trying to help people… showcase their environmental innovations…and to break generational unemployment.” To that end, the Regeneration project began to simultaneously address waste problems and give people jobs. Rediscover furniture and Rediscover fashion, Rediscover paint, and Rediscover cycling are some of the programs that came to light from blending these initiatives, allowing people to learn new skills like mechanics, design, reupholstery, up-cycling, and more. These projects have been immensely popular and the response has been extremely positive.

Working on-site was key to the central strategy of the Rediscovery team. “We had an idea to reimagine the Ballymun Boiler House space as our new home…where we could bring everything together and create a sense of excellence for social enterprise.” In 2012 they submitted an application to redevelop the house as their new HQ and got the approval needed to move forward. The building itself uses with sustainable materials like hemp, with systems designed to show how you can use energy-efficient and sustainable systems like living walls for biodiversity, solar pv and solar thermal, and reclaimed brick and cladding. Now, it’s a circular economy demonstration center used to teach about sustainability through events, classes, workshops, and more. And all in a place that many would have considered very unlikely just a couple of decades ago.

What was once Ballymun housing projects is now a destination—with a listing on trip advisor and the Tidy Towns rolls of honor among other distinctions, and they’ve done it without gentrifying the area or moving the inhabitants out. “People moved from the tire blocks to their new homes…and all of that had to be managed…we were trying to change the ownership model…to encourage people to buy their own homes.” No one would have ever thought it possible that it would be such a desirable place to visit and the credit goes to the forward-thinking approach Miller has taken, along with the devotion and elbow grease of the Rediscovery Center team.

When asked to what extent the project able to be scaled up and if it is reliant on a constant flow of subsidies, Miller explained, “We all have to pay bills, so generating income is important. When the attentions were squarely on the financials…what we began to realize as we were getting to the point of breaking even is that the social impact began to suffer…So around 2014, we decided that 50% of our operating costs would be generated by our initiatives and the other 50% would be generated by strategic partnerships.”

And the Rediscovery Center is still coming up with ideas to continue building out. This circular economy project still has sights set on further education, skill-building, better food waste management, and more.

Learn more about Sustainable initiatives like these by joining the IPBN's SUstainability Conference running until March 18! 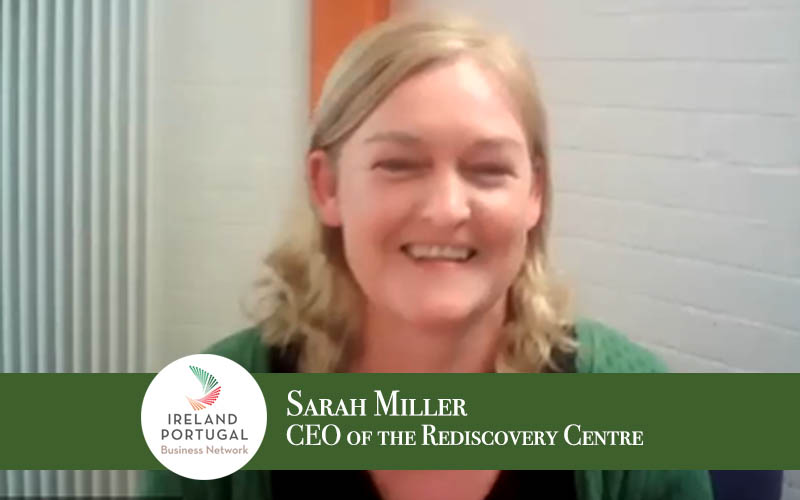