Perhaps under the radar to many, the tech scene in Óbidos is flourishing, thanks to measures put in place by the municipality to attract innovators and tech teams to move in and call the quaint “Queen’s city” home. In 2015, the city built what is now referred to as the “Techpark” to house a smattering of tech startups and established tech and design companies. The Techpark is currently at 90% capacity while continuing to promote dynamic meetings, corporate breakfasts, and more to keep the tech scene engaging with the city and with one another.

Two years ago, the Óbidos-based ImpactWave and Agriw, an IPBN member company, came together to create something new and special. Up to then, Impactwave had been developing software for Essilor, a glasses lens manufacturer, for them to be able to prescribe lenses at their clinics and manage the state-certified drugs required to make them. It was then, through the lens of healthcare solutions, that the idea to tackle agriculture came into focus, however unlikely a jump it may seem to the naked eye.

Ricardo Cardoso, Chief Executive Officer at Agriw told the IPBN, “Similar solutions we had made for health could be translated into agriculture. It started with a search engine for fertilizers as a first approach, then we started to work with sensoring and data combined with a management platform a few months later.” Thus, Agrozapp was born. “Now, are working with the Azores on an international project that includes Madeira, Mozambique, Cape Verde, and the Canaries. We are also connected with structures like the Smartfarm Colab in Torres Vedras where we have institutes and universities working with us to get this project ready for use in the market,” Cardoso said.

Agrozapp is a mobile and desktop management system with an online community with stakeholders in the market. It uses meteorological data, sensoring, and algorithms with data collected by institutes, including the likes of the Portuguese weather stations in places like the Azores via the GIS (or geographical information system. The Agrozapp is comprised of four products: a community (web portal with a search engine), Plus (management system), dynamics (data and sensoring), and TOSCAN (AI virtual assistant).

The TOSCAN virtual assistant product uses data to create context and deliver it straight to the user. This decision-making virtual assistant is assured by artificial intelligence so, as Cardoso explained, “If you have a vineyard, for example, and there are environmental conditions for the attack of downy mildew in the area, TOSCAN will know based on our algorithms, metadata, and online community notifications, whether your crop is in danger. It would ask, via the app, ‘Did you get this type of thing in your crop?’ TOSCAN could then provide a suggestion for a preventative product. If your crop has already been affected, then it will have suggestions for the methods that are working to treat it. The app can also foresee both obstacles and favorable conditions if applicable, based on what you have already planted.”

POLITICO’s recent webinar, Farming in a Climate-Neutral Europe looked at the EU commission’s new rules for the Common Agricultural Policy (CAP), established at the end of June 2021. These include higher environmental and climate ambitions, aligned with Green Deal objectives, that are to be implemented starting in January 2023. More specifically, Eco schemes, small farm funding allocations, mandatory crop rotation, diversity, strategy, and more.

Discussed early on in the webinar was farm to fork organic agriculture, led by Austria due to the incredible amounts of work they have put in over the last 25 years to get their organic production up to 26%. That’s far more than any other country has done to date. Guest speaker Elisabeth Köstinger, Federal Minister for Agriculture, Regions, and Tourism in Austria said, “We already met the targets of the EU commission but will try hard to be the best in the next decade, so…we are trying to improve the market situation as member states are increasing their own production… In 2019 we saw a decrease of 19% in the market and for the income of the farmers, so we are working hard to improve this situation. It’s easy to ask farmers to produce in that way but you have to consider the markets and the supply and demand of society.”

When asked about organic farming, Cardoso urged us to keep in mind that it’s not permaculture we are buying. He said, "there are still products used to grow and protect the crop. In regular farming, there’s a catalog of products you can combine with less and less harsh chemicals (due largely to public demand) while organic farmers have only two or three approved products they can use. Because these products are less toxic, organic farmers end up using more and more of them. There should be a middle ground."

And perhaps the Green Deal strategy and limiting the need for pesticides is an area where having a virtual assistant like TOSCAN can help. If you know there is a threat, you can plan for it. If there is no threat, perhaps you can skip on some harsh chemicals that aren't necessary.

The app is set up to work everywhere, but the result will depend on the availability of metadata to get it started. Ricardo said, “In India, for example, the patterns and conditions are being monitored, and we are negotiating with IBM to have worldwide coverage with better detail and accuracy in terms of the monitoring data they have available. In Portugal, parts of Spain, and the Island nations, we have six years of data on which we can run our algorithm to predict future conditions. It’s just a matter of time and access to data to scale the app on a worldwide level.”

Ricardo told the IPBN that the app currently doesn’t have crops like cotton in its database, but they are looking to broaden it by working with more and more institutions, local endemic companies, and universities to get the information all in one place to make the app work on a massive scale. “It doesn’t depend on the technology,” Ricardo said, “you just need context. Otherwise, it’s just an algorithm.

The Agrozapp is now only in Portuguese, but they are getting ready to launch the English version, so stay tuned. 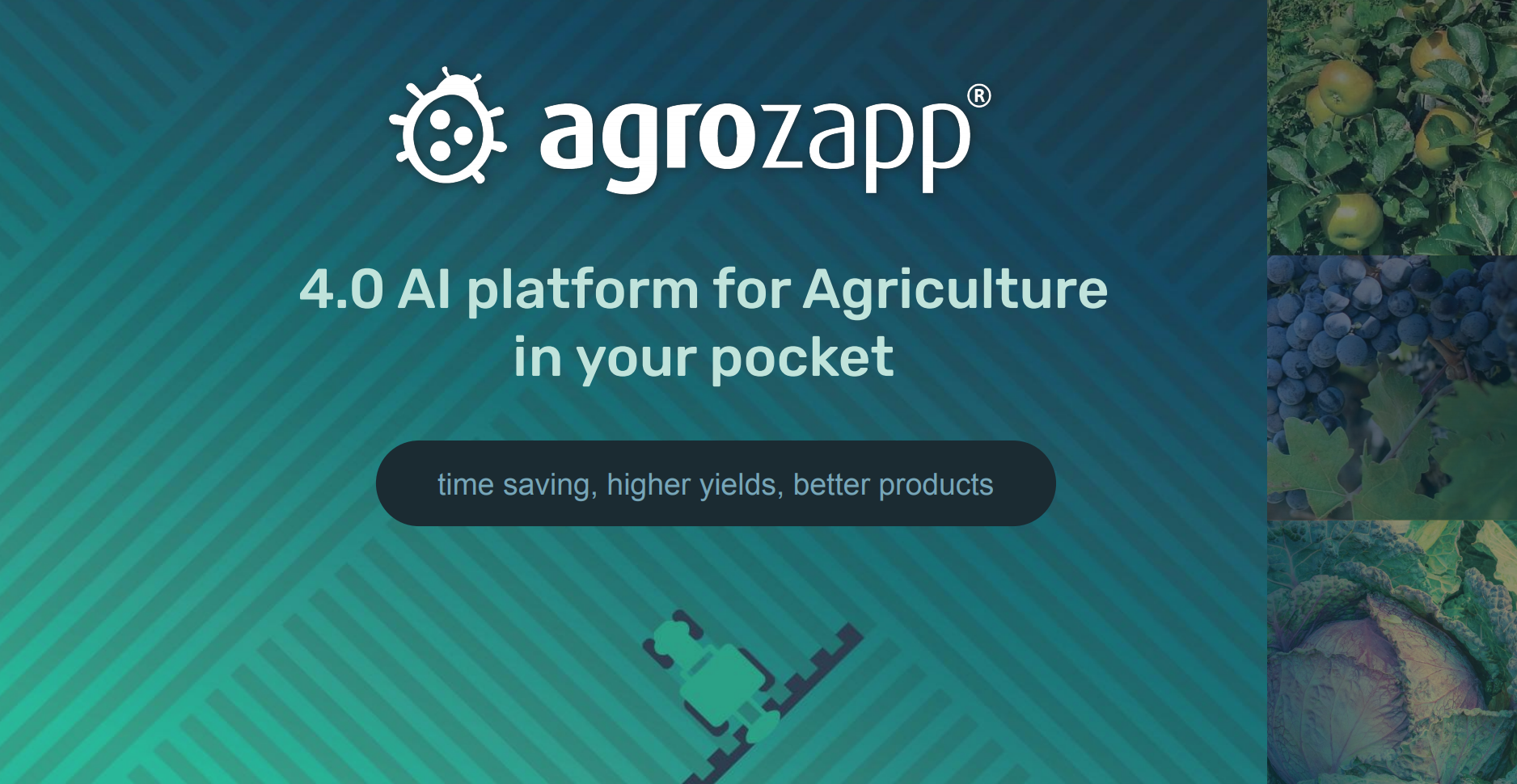